Get the latest creative news from WhatWire

Does a Soul Mate Exist?

What you Need to Know about Hair Botox, an Inexpensive Way to Help your Hair

Get the latest creative news from FooBar about art, design and business.

The Tokyo Sports sports newspaper announced the winners of the Tokyo Sports Awards, recognitions for the best of Japanese professional wrestling in 2019.

For the fourth time after 2012, 2013 and 2015, Kazuchika Okada was named the most valuable player in the Japanese professional wrestling, matching Genichiro Tenryu, Keiji Muto and Hiroshi Tanahashi in a number of distinctions. Antonio Inoki is still number 1 with six MVP awards.

The five candidates in this category were Okada, Kota Ibushi, Will Ospreay, Jay White and Kento Miyahara. According to the vote of the 22 judges, Okada won 15 votes and beat Miyahara (4 votes) and Ibushi (3 votes).

Fight of the Year: Kazuchika Okada vs. SANADA – NJPW

In addition, Okada won the Fight of the Year award, as his encounter against SANADA on October 14 in King of Pro-Wrestling received the majority of the votes. Okada won this award for the sixth time in the last 7 years and is approaching Genichiro Tenryu, who won the best match 9 times. 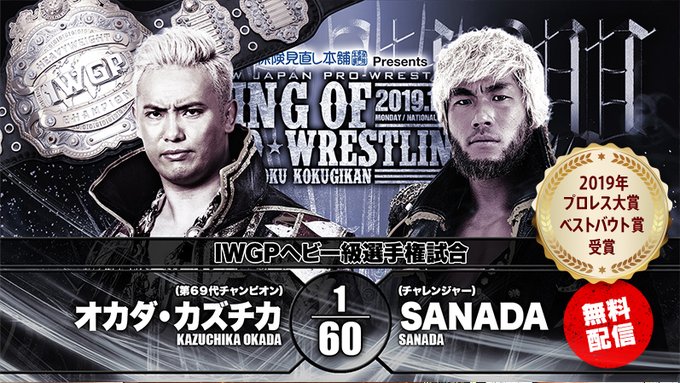 For the first time in his career, Mayu Iwatani won the Fighter of the Year award. In addition to her, the nominees were Chihiro Hashimoto of Sendai Girls, Sareee de Diana, and five other fighters. In the second round, Iwatani beat Hashimoto by 12-10 votes. Essential to his victory was his fight at Madison Square Garden at the great NJPW / ROH show in April, where he lost the women’s ROH title to Kelly Klein.

Tag Team of the Year: Suwama and Shuji Ishikawa – AJPW

Violent Giants (Suwama and Shuji Ishikawa) won the best team award for the third consecutive time. Suwama and Ishikawa took this recognition for their victory in the AJPW Real World Tag League tournament and won another 7 times. In the final vote, they received 16 votes from the 22 judges. 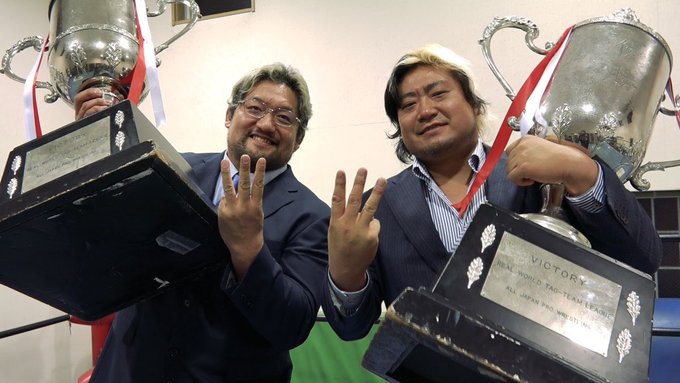 Suwama was very excited because his friend and teammate, Atsushi Aoki will receive the Trajectory Award posthumously. Aoki died in a traffic accident in June at the age of 41. Aoki was the world champion jr. AJPW and the company decided that it would remain champion until the end of November when it would have had to defend the title after 6 months.

The Triple Crown Heavyweight Champion, Kento Miyahara, who also won 4 votes in the MVP vote, won the Best Performance Award, for the second time after 2016. 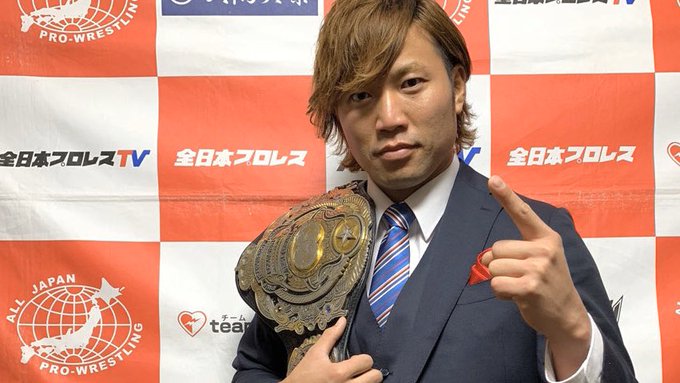 Meanwhile, the GHC Pro Wrestling NOAH Full Weight Champion, Kaito Kiyomiya, is the winner of the Spirit of Fight Award in 2019. Kiyomiya beat Shingo Takagi of NJPW by only 2 votes in the final vote.

The Technique / Skill Prize was won by the winner of G1 Climax, Kota Ibushi, who defeated the rest of the nominees: SANADA, Will Ospreay, Ben-K, Konosuke Takeshita and Daichi Hashimoto. For Ibushi, it is the first time since 2009 that he wins this award and with him challenging Kazuchika Okada in January, he seeks to achieve the MVP award in the future.

The Rookie Prize went to Strong Machine J of Dragon Gate, which beat Yoshiki Inamura, Yuya Aoki, Miyawaki Board and Shota Umino sweeping by 15 votes from the first round.

What to see and do in Venice in 4 days

What to see in Alcalá del Júcar, the star of Albacete

Is it Normal to have Anxiety Symptoms? Why?

WhatsApp Functions to be Discovered

How can skin aging be delayed for as long as possible?